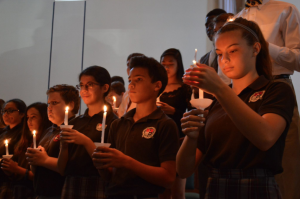 St. Charles Borromeo is the patron saint of bishops, cardinals, seminarians, and spiritual leaders. As you’ll see, he was a highly important figure of the Counter-Reformation in Italy. His dedication to God is something we all can learn from and embrace.

St. Charles Borromeo was appointed as a Cardinal and Archbishop of Milan in 1560 by his uncle, Pope Pius IV. His uncle relied upon him while directing the third convocation of the Council of Trent—and St. Charles Borromeo continued to maintain the Council’s decrees after it closed. This led him to be instrumental in the 1566 Roman Catechism.

After his uncle’s death, St. Charles Borromeo lived in Milan where he regularly visited more than 1,000 widely scattered parishes. He sought to apply the edicts of the Council of Trent to his own diocese by striving to end the sale of indulgences, reform monasteries, and simplify the interiors of ornate churches. His work didn’t end there—St. Charles Borromeo also fostered clerical education, established seminaries and colleges, and erected and entrusted colleges for lay students to the Jesuits.

St. Charles Borromeo was later overcome by political turmoil, including surviving an assassination attempt and pleading mercy for his attacker. However, his great work within his communities led him to retain the support of many religious congregations. His heroic behavior during the plague in 1576-1578 earned him even more support. Even during turmoil, he continued to be a blessing to the community in Milan by giving away much of his wealth to give food to the hungry and care for the sick.